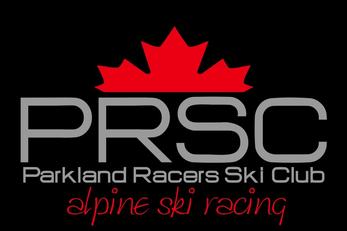 Peter developed a love for skiing at an early age and skied religiously his entire youth. It wasn't till later in life when he began instruction at Rabbi Hill Snow Resort, where he got hooked on sharing his passion with children and new skiers a like.

For the past 13 year Peter has had the opportunity to teach hundreds of recreational skiers. Peter has been working with Parkland Racers Ski Club since 2009 with all age groups from U6 up to U21.

"Carving up a mountain is my happy place and there isn't a summer that goes by where I'm not looking forward to another season on the snow!"

Jenel grew up with a passion for skiing and joined Parkland Racers when she was 7 years old. Jenel raced Nancy Greene for several years, until she was old enough to join the K1 Mountain Series. She retired as a racer when she was 16 years old to begin her coaching career. This will be Jenels 8th season working for Parkland Racers Ski Club. She advises "that she couldn't imagine a winter without skiing with her group!"

Matt came into skiing at a late start. He skied as a child on the one or two annual ski trips his family would take while he was in junior high. It wasn’t until he was intrigued with the idea of being a ski instructor that his passion for skiing began to shine through. He has been teaching now for 8 years, spending his formative years skiing in the interior of British Columbia. The culture of the area is what drew Matt back every year. Put simply he was taught about passion and authenticity. He aims to bring the culture and skills that he was taught and pass it on.

I've been work with Parkland Racers for the past 3 years.

“Let your skiing do the talking.”

Maria began sharing her lifelong passion for skiing 20 years ago as in instructor with Rabbit Hill Snow Resort and 8 years as a Parkland Racers Ski Club coach. Maria has a extensive coaching background in a variety of other sports in addition to downhill racing. Maria enjoys passing on her extreme passion for skiing to young athletes in hopes of developing a lifelong love of skiing in each athlete.

At an early age, Hank learned to ski at the Calgary Herald-sponsored ski school held at the Happy Valley Ski Hill. His first pair of performance skis were Persenico Sideral (210 cm,) and yes, he can do an awesome stem christie. After a successful career as a school teacher and sports coach. Hank continued his love for teaching at Rabbit Hill where he worked as a ski instructor in the school program. In 2017 he worked at Lake Louise as an instructor in the adult program. Now, he is thoroughly enjoying coaching for the Parkland Racers Ski Club.

I've been with Parkland Racers Ski Club now for 3 years truly enjoy it.

“There’s nothing better than watching students improve and have fun.”

There are probably few things better than a day on skis. As a teenager he raced, and is still active racing in the masters league always seeking to become better and of course, faster. Watching the young racers grow their ability and encouraging their love of the sport is very rewarding, and Michael enjoys passing his knowledge, skills, and excitement to the next generation of speedy racers.

I've been working with PRSC now for the past 3 ski seasons.